The Aftermath of Afrotropolis Wanderland

We took a short hiatus from the blog to regroup and start sowing the seeds for the next projects but we’re back in effect, rejuvenated and excited for the months ahead.

Last February, Toronto was introduced to Afrotropolis-Wanderland; the fashion experience directed by fashion designer Chinedu Ukabam and sponsored by TD, a part of their Then and Now festival for Black History Month. Described by blogTO‘s Paul Aguire as “the one night only multi-sensory art exhibit”, the show was well received by fashion bloggers, industry elite, fashionistas and art lovers in attendance. Seated in the front row was popular fashion blogger Anita Clarke from IwantIgot, who said the show was “very cool and impeccably designed”.

Afrotropolis-Wanderland was the launch of Chinedu’s new collection of the same name and included fashion, film and art that was inspired by different periods in black history, cultural markers and iconic people of African origin. (click here to see the picture gallery from the show). This collaborative effort featured the work of visual artists Jimmy Chiale and Kalkdian Assefa, who created designs that were “remixed” to create print textiles.

Guests were invited into the unassuming space of 99 Sudbury and the show began with a screening of an original short film co-directed by Chinedu and filmmaker Marcos Fantu. The short film took the audience on a journey to the world of Afrotropolis-Wanderland featuring a young woman who then “came to life” by walking out of the screen as the film seamlessly blended into the runway show.  All clothes in the runway show were from the new Afrotropolis-Wanderland collection and the bright colors and textured fabrics stood out against the stark white backdrop of the venue.

(click here to see the picture gallery from the show)

Following the runway show the audience was invited “backstage” to journey through Afrotropolis-Wanderland, in an art exhibit featuring live mannequins wearing the clothes from the runway. This allowed people to see the designs and the complementary set-design up close. “It was an extremely interactive part of the show to get to see the designs and the inspiration behind them” said one excited audience member. The event concluded with the opening of the popular SUPAFRIK pop-up shop, where guests were able to purchase original work of fashion or art inspired by the show. 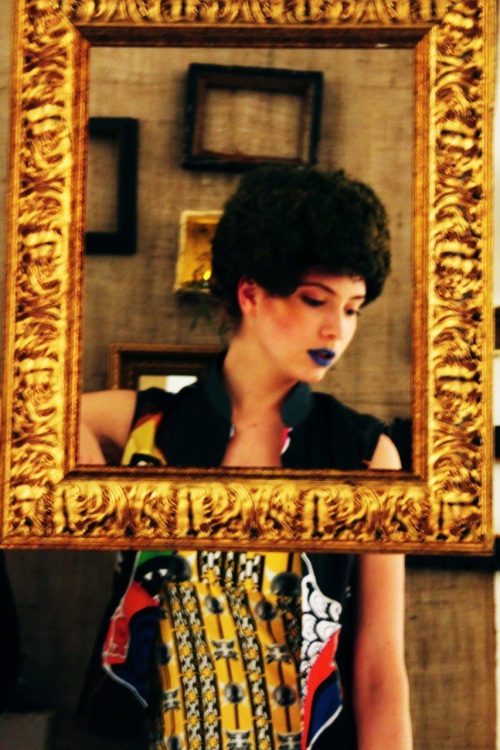 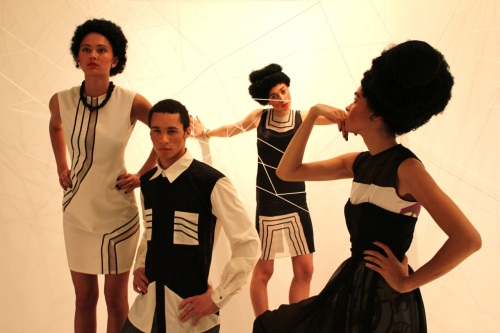 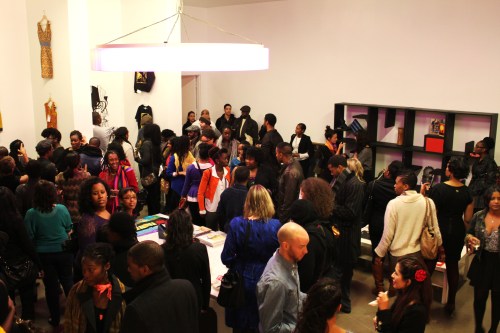 (click here to see the picture gallery from the show)

Chinedu is no newcomer to the fashion scene and has been designing since 2003. His designs have changed over the years, becoming more complex, and thematic. Afrotropolis-Wanderland, was proof of this evolution as a designer. Andrew Sardone, fashion editor of NOW Magazine was taken by the growth of the label which started as a t-shirt line, “It was an impressive step into higher fashion…there are knit pieces with unwoven hems, digitally printed silk shirt-dresses and sharp suits in quilted fabrics”. He also mentioned Chinedu as a “leader in Toronto’s style community” in that week’s edition of NOW Magazine which featured fashion icon Stacey MacKenzie on the cover, wearing a Chinedesign dress.

All photos by Mariuxi Zambrano

One response to “The Aftermath of Afrotropolis Wanderland”