Mr. Eazi: A Man in his Moment 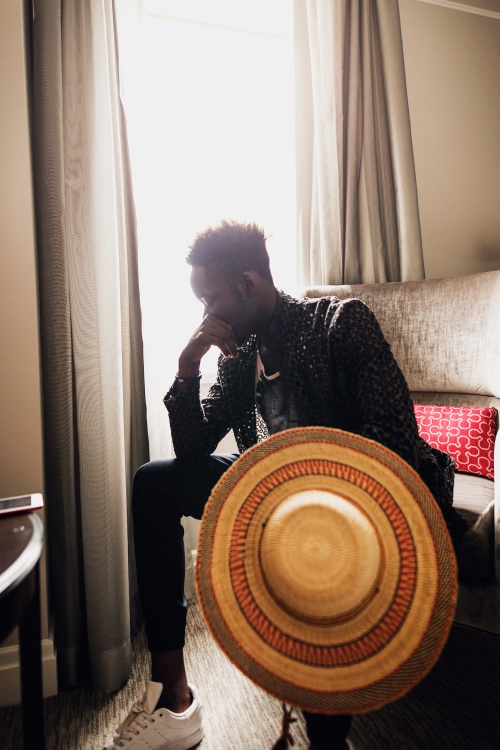 Almost two weeks later, the city is still buzzing with talk of Mr. Eazi’s epic Toronto show. There are a few video clips floating online that might approximate the experience but it was certainly one of those “you had to be there” moments.   By the time his 16 song run of back to back hits had concluded, the rising Afrobeats star had made it clear that if his time had not already arrived before, it had certainly arrived NOW. Shedding off his usually laid-back stage demeanour, Mr. Eazi energetically attacked his performance like a man possessed with purpose. He utilized every inch of the massive stage at Rebel, at times walking on the thin side walls separating the VIP section and then finally wading through the almost 1500 strong crowd just to “feel what the vibe felt like in the middle”. 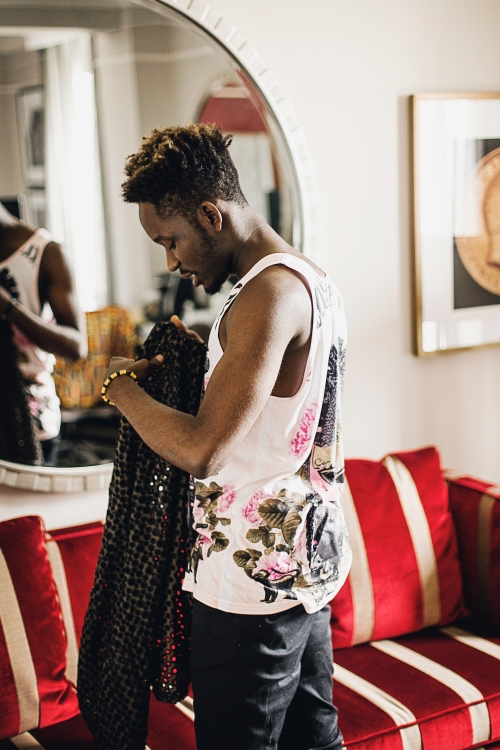 Backed by a DJ, a 6 -piece band and a trio of dancers, Mr. Eazi commanded the crowd like a seasoned veteran. At times it was easy to forget that the “Skintight” single that catapulted him onto the radar of the burgeoning Afrobeats scene (in Nigeria/Ghana/UK) was only released in 2015. How many times have you seen a performance with a relatively new artist where every single song in his set gets the full “sing along” from the crowd? Despite his somewhat defensive insistence that he was not a “singer”, Mr. Eazi has nothing to worry about his vocal performance going forward if his shows remain at this high energy level where he sounds best. This was not his first live show of this magnitude but it was certainly one of his top ones. The Toronto performance seemed to mark a turning point from being reluctantly thrust into the spotlight to boldly and believably owning every second of the moment. The concert concluded with a long awaited performance of his summer smash “Leg Over” and then quickly pivoted into a big after-party in the nightclub upstairs. With Mr. Eazi staying on as the party’s host and hype man, the night ended on a euphoric high note long after the 2am last call had been announced. Toronto’s “Summer of Afrobeats” had found its crowning moment.

Mr. Eazi’s morning the day of the show had started out on a low key note. When we met up with the artist at his suite in the King Edward Hotel to take him out for an exclusive photoshoot, we found him sitting on the carpeted floor, slouched against the wall, trying to stave off the jet lag and tour exhaustion with a tall cup of coffee. We had expected to find him in a celebratory mood. Just two days prior, he had been announced as Apple’s coveted “Up Next” artist of the month. His image was already gracing Apple billboards around the world and he had just performed on the Late Late Show with James Corden. After cornering the Afrobeats market as its second most streamed artist, Mr. Eazi was about to become known to an even wider demographic: potentially all 27 million subscribers of Apple Music. He had every good reason to pop champagne at 11am if he so desired but his mind was already elsewhere: two steps ahead plotting how to maximize the opportunity. We observed his pensive mood and decided to shoot him in that intimate moment rather than force our original vision.

As he tried on different outfits for the shoot, phone calls kept pouring in from friends calling to congratulate him on his moves: “Chale, I just dey watch your instagram and it’s like wow!”. There were also business calls. There seemed to be a lot of things in motion and Mr. Eazi was certainly hands on with his career. When the shoot was over, I had a chance to talk to him about his career and the future of Afrobeats: a genre whose DNA is already being grafted into songs on the pop-charts without the involvement of African artists themselves.  He was appreciative of the attention his music was getting but was under no delusion nor apprehension about the hard work it would take to reach his full potential especially outside Africa. So why not just sign to a major label? Labels have been sniffing around almost since the beginning of his career but him and his team have a long term strategy. “The machine” still had it’s use but they have come so far without it, they had the liberty to pick and choose which cog of the machine they wanted working for them. It was refreshing to hear.

We strolled up Yonge St and made a detour through the Apple store so he could pick up a charger for his MacBook. Some of the blue-shirted staff stared at him as we walked around the store. We were both puzzled as to what was going until one of them pointed at one of the display iMacs which was a running a video loop of Apple “Up Next” artists. He explained that Mr. Eazi was featured as the default screen on devices across Apple’s 498 stores in 22 countries. Big! Before he was ferried off to his rehearsal for the night’s show, I remarked that 2017 had been his best year so far. He was quiet for a moment, perhaps weighing his present status against his vision for the future then he smiled and replied “Ehn? You think so? Just wait for 2018!”

Note: SUPAFRIK was a co-presenter for Mr. Eazi’s Toronto show “Life is Eazi”. More photos from the shoot can be found on the Chinedesign facebook page here: Also check out the official mixtape of Mr. Eazi’s Toronto stop.  Compiled and mixed by DJ Revy B, The Eazi Motion Mixtape is a quick 25 minute intro the sounds of Mr. Eazi.